In conversation with Stef Z’s 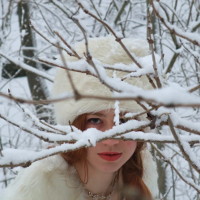 Several Fan – made radio drama series to Aventuria has Stef Z’s radio plays in the past few years, posted on YouTube. Currently just the 2. A row of malachite and the matriarch appeared, a radio play from the Dark times that we are especially well-liked. In an interview with Nandurion producer and spokeswoman Stefanie tells of how their DSA-round, the project went and how much work is such a professionally-made radio play.