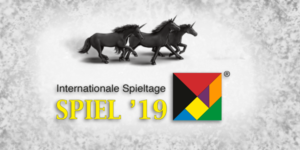 24. October begins the game in 2019 in food! Well over 1000 exhibitors and 190,000 game enthusiasts have been waiting now is to storm the hallowed halls. Not for nothing the game games the world’s largest public trade fair with a focus on society!

For me, as the Ruhr area, man the “game” – as they say most of special importance. I am from Castrop-Rauxel, and so it has always been this fair in Essen, which is located not only geographically, but especially the heart. Therefore, it inspires me that I was Chosen to speak, the “” of the editorial team, and can’t wait to report from the fair. If it allows for the technique, I will tweet even live. For this I use, of course, our own Twitter page “DSA-short messages” and the Hashtag: #SPIEL19 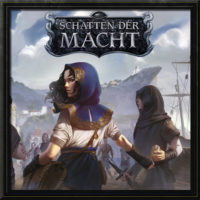 Ulisses is presented this year in the Form of the F-Shop booth. And also, if the DSA-makers 2019 to compete in a slightly smaller Format, I hope that I’ll be with one or the other into the conversation. Maybe I get even a couple of new info on the Board game “shadow of Power“? Who knows … Also I want to me the print edition of the game the help of “The thorn Kingdom” close to look and maybe buy, because the thing appears exactly on the day the game of 2019 begins! Our Aranien Interview of this title, sounding very much speaking.

In addition, the fair is a Chance to network with bloggers and Youtubers from the world of the dark eye replace. I hope, for example, the presence of Frosty Pen&Paper , or Four heroes and a rogue. Definitely is, in any case, my colleague Fenia winter cold, the many even as administrator of the DSA forum knows.

But even outside of the DSA events, I have the right block the game in 2019. The Ultimate Edition of Mage Knight for me is exciting because of the Fantasy Board game in my shelf still missing and it is only now that the opportunity, the whole Set with all the expansions in one Box to buy. Architects of the West Frankish Kingdom, there is now already a year, but unpacked looked at I have it not yet. Therefore, also this game is high on my list of Non-DSA-games.

And for those who were never in Essen, a final note: The game is always worth a visit, especially because of the crazy costumes that are on display there. As surprised it is not that extra for the Cosplayer on the game each year, new “weapon rules” are set up. And also away from the typical trade show madness, there are a event of personal interest, such as a Workshop on blogging and Youtuben. It is what we deliver at Nandurion each week: contributions, reviews, columns, or the coin is “Content”. Is really exciting, to see the changes from the Meta-perspective!

P. S.: And somehow I need to also create, me to magic cards around, because Throne of Eldraine and the associated Brawl Decks are currently in with the law is also pretty hyped. How am I supposed to do all this?