From the limbo – completely subjective 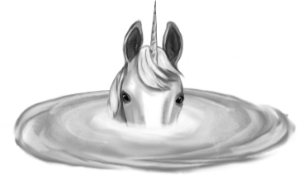 since the 24. November rests in our section “From the limbo”, so the section that deals with finds from the web. To work now the end of January, completely, appeared to me impossible, therefore, I see this as a subjective journey, which names the, what to me recently in the eye stabbed. Let’s go …

Nicolas out this and Mháire Stritter have on 24. January the fifth part of the successful DSA documentation online. Here is worked up, in principle, the emergence of “The black eye” and pretty entertaining-Packed. Positive, I noticed that both the early years as well as current developments, reference is proven. Just Werner Fuchs, Hadmar of Wieser and Thomas Römer speak very openly about the past 35 years. So, for example, that initially a high Output of products was a lot more important than a good quality of the content. Exciting fande I also Ulrich Kiesow at the beginning of a cloak-and-dagger-Setting would have made as a “classic” Fantasy Setting. Furthermore, the makers of the DSA come from computer games to word. …

Where we aventurischen veteran are: author , Ina Kramer has this month a new short story published. The title is Madame midnight , and the focus is on the family Stoerrebrandt, a famous dynasty of Aventuria. Engor has the Story already been reviewed and praised its lightness, and its sympathetic main character.

The star makers-the campaign revolves around the fabled “elemental” cities of the high elves. The campaign is quite large and should probably include one day in six volumes. The current second volume has the title the sound of The Feyraasal and was of the part-time heroes reviewed. The evaluation is positive, as you read here can.

On Nandurion.de it has been around for years, the so-called “Hesinde-Dispute”. This Format have ported my colleague Felixilius and Frosty, so to speak, to Youtube. In the pilot, they are a result of Chembael supported. Thematically, it’s the short adventure of Bloody fur, which in December 2019 appeared. The approximately half-hour Video on the channel “Frosty Pen and Paper Online” is really worth it!

The guys from the Eskapodcast fortunately, are never tired and busy lately, especially with the game guide. Unravel, you have the Whole thing on the basis of two questions. Firstly, it was on the basis of the hypothesis that for a well managed game night quite money would be paying to the question of what the Game tend to be labour-and what is more pleasure. Secondly, it went to game Burnout. In other words: What happens if the Game leads to unhealthy Stress or negative emotions.

If a Gray of old times awake, if no one more of the secrets of the Old white, if a lost soul desperate for the gods screams … So begins the Trailer of the Rerion, which in February is a kind of Let’s-Play to the well-known Simyala campaign starts. The Trailer on Youtube, arouses interest and acts full of atmosphere. The first adventure is called “Nameless twilight” and dates back to the year 2000.

Misadventures and “Fails” are in the Pen-and-Paper area is likely to already often met with, but only a few have the courage to document this for posterity. Therefore, it was a pleasure to the Podcast “the System Matters” to listen to: Daniel Neugebauer and Andreas Melhor reports reports of rounds of play, the really bad run, and I personally found it exciting and instructive. The two podcasters discussed Recently how and where you should researchif it is to the development of their own adventure.

Here is my end review of the current limbo finds. Certainly there are a lot of topics that I overlooked have, therefore, I refer here to Nuntiovolo.de! This is a clear tip for all those who want to miss anything in terms of DSA: Nuntiovolo is just terrific and always up to date. Hats off!

Finally, the question remains: Should I repeat on behalf of the reader*inside such a subjective ramble or prefer me to reviews focus on? I’m happy about every answer and every Statement.