From the Limbus: Ilaris, and the heart machine

In today’s From the Limbus it comes to magic, Claw marks, Ilaris 2.0, access points, ships, and captains, a large Machine, as well as old and new fan projects.

Space.at has Aventurian magic, looked at, and particularly the inner Chimärologe is happy about the contents, however, there is a lot of redundant text and a few things not quite to the Band to fit.
“The Article

Engor follows the Claw marks, and explores what the new DSA adventure. So it can clearly with its atmosphere, and thus it’s finally again a adventure, the in the South, and in Samra, near the ruins of the city Zhamorrah. Also the NPCs can points, the strands of the plot are however given strong.
“The Article

Ilaris is here! The Fanregel for Aventuria, the task is to provide more streamlined rules, is published in edition 2, and as a print version. Digital you can the rules free to download, for example here, or here.

What Ilaris actually offers and how the print version looks like, can you scroll Through Video from Famerlors 3872ste scale in which he works, of course, also extensively annotated.
“For The Video

What are the differences to the first edition of Ilaris there has PnPNews for you.
“The Article

Quite panned out, has it Mr. Misfit in his Blog, I want it to be you, but not deprived of treasures, but the Ilaristen have a DSA sticker on a FATE of rules to stick to, in order for the reviewers to please, or DSA perhaps prefer to omit to.
“The Article

Also in the new rogue tight whisper, Ilaris has a place, and the rogue compares the purchased work, with his own print of Ilaris 1.0.
“The Article

The part-time heroes have Ilaris-maker Lukas ‘Curthan’ sheep number interviewed. Marc Thor Bruges is interested in, among other things, how many liters of DSA in Ilaris is where the biggest differences are and what was updated.
“The Article

New month, new carnival. In the current carnival of RPG-blogs it’s all about “captains and ships” is all about. The host is thebalm.
“To The Carnival Invitation

Dnalor has on this occasion, the same time in his archives and dug right article to Aventuria is searched out. How convenient that he has a great weakness for ships.
“The Article

Movement action: In the heart of the machine 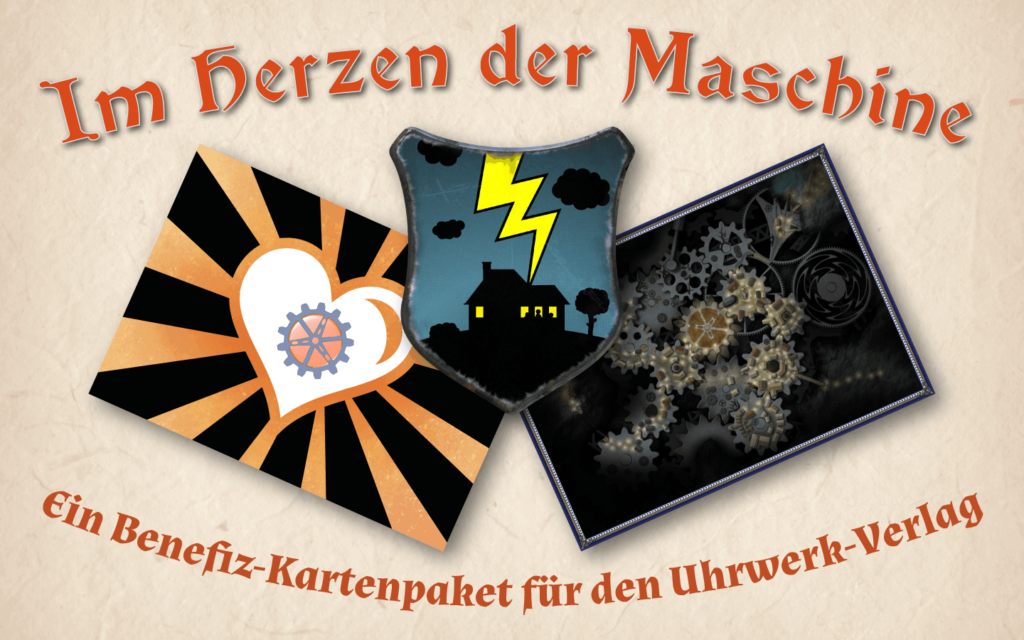 The Donner house-the publisher has something very Special up to the movement’s publishing to support. As you may know, the thunder home in a quality role-playing cards, for example, of pirate Islands, or mountain monasteries, in which you can use in almost every world and every System. There is always a small game to help with ideas for the game with the map content. So with the description of the buildings and features, NPCs and adventure ideas.

Now the thunder of the houses around the chief Wolpi , a map of an underground city built and strengthened, and the heart of an ancient watch factory is located. The to Steampunk, reminding one of the works shows houses on huge clockwork mechanisms, in the middle of a Gear reminiscent of the clockwork Logo. Also the beautiful ambience of the texts revolve around the action, so NSC to movement are based-employees and other key meetings with the mayor Götz of course, in the tavern “pen and sword”. The village lives in a Setting-idea, of the crop of the very rare thinking herb, which strengthens the creative forces. What do you want to pay for loving the total package, is up to you. Any profit comes from the movement of publishing to good. A larger amount to the required sum, this is passed on to the publisher, it is not so much, put the money in other actions in favour of the movement publishing house, for example, winning games. The promotion runs until Christmas.
“The Action

After Frosty was the last Time explained how an adventure NOT should start, he will deliver us in this time of opportunities, as it is a good start look can. And a good place to start is to Frostys Definition, a beginning, the players get in the action and your attention secures.
“The Article

The July survey of the Schelms of four heroes, and rogue turns this time to the CCXP, Aranien and the movement publishing. You can win this time, one of 6(!) great prices.
“The Survey

In the second part of the series, in which the prankster programmed a small adventure game, he shows samples of how to figure its Skill and run Around to teach.
“The Article

“The Knowledge that Ilaris communicates with the people, is irresponsible, and so they must be Silenced, because the goddess says: ‘Even the Wisest can be the lure of the delusion or the Antihexarions succumb.’ I deeply regret to have to make that decision, however, Ilaris should be banned and the seal of the Ouroboros, and the sphere ball must disappear.”

—from the temple to the halls of wisdom, annals