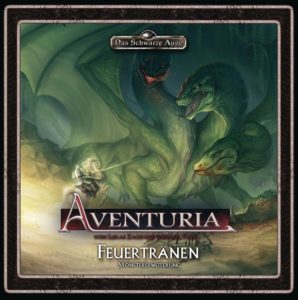 The card game AVENT Uriah is slowly becoming well-known. To speak of a “Boom” would be an exaggeration, but the card game had in the last time, a considerable inlet, which pleases me. Finally AVENT Uriah is not a “Underdog” anymore. Anyone who has never played it, you should make that as a good intent for 2020.

A strength of the concept is that you can choose between quick matches and co-operative adventures. This was reinforced by the Box “fire tears” to continue. Exciting is that you can take on the role of the giant worm, if you will. AVENT Uria-friend Nottel , the Box is braced, and a Review written. Here’s the los…